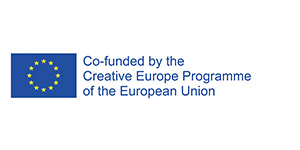 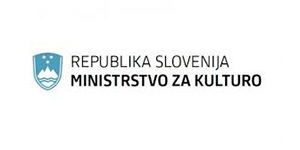 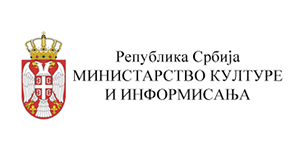 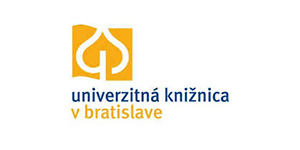 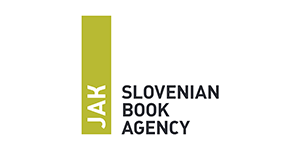 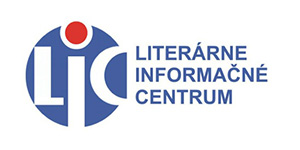 Gregor Gradnik, a Slovenian writer, enters the sensual and seething life of New Orleans to teach a creative writing class at a university. In a style both serious and ironic, Jančar observes and comments on the two cultures, illuminating both American and Central European forms of self-obsession. Gregor at first identifies himself as only an observer, yet seductive New Orleans soon draws him into a series of increasingly bizarre erotic, professional, and social relationships. Fracturing and realigning the cultural, psychological, and perceptual boundaries by which Gregor believes he knows the world and his place in it, Jančar reveals a deepening loss of control over our collective knowledge of the divisions between life and art, reality and dream, East and West, man and woman, naivete and cynicism, transcendence and perdition. 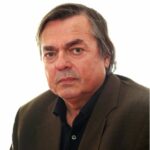 Drago Jančar was born in 1948 in Maribor, Slovenia. He is considered the best-known Slovenian writer, playwright, and essayist both at home and abroad and one of the most translated Slovenian authors.

He worked as a journalist, free-lance writer, movie script editor and publisher.

As a President of the Slovenian PEN Centre he was engaged in rise of democracy in Slovenia and Yugoslavia. His novels and short stories have been translated into almost 30 languages. His numerous works include several novels, plays, short stories, essays and original scripts for feature films. His accolades include the Prešeren Award for lifetime achievement (1993), the European Short Story Award of the City of Arnsberg, Germany (1994), the Kresnik Award for the best Slovenian novel of the year (1999, 2001, 2011), the Herder Award for literature (2003), the Jean-Améry-Award for essays (2007), the Premio Hemingway Award (2009), and the Premio Mediterraneo Award (2009). His novel To noč sem jo videl (That Night I Saw Her) was awardeded the Prix du Meilleur livre étranger, the award for the best foreign book translated into French in 2014.

Thaís Caroline Schmitt Vrečko is a Brazilian translator born in 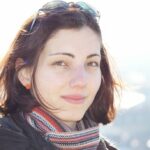 Blumenau, Brazil to a family of German emigrants. She spent most of her life in Florianópolis on the Atlantic coast, where she studied English language and literature at the Faculty of Arts of Santa Catarina State University. She graduated in 2007 and devoted herself to translating. She has translated from English to Portuguese and from Slovenian to Portuguese. She is married to a Slovene and has been living in Maribor since 2008. With her enthusiasm, she soon became involved in the new environment, and with a passion for learning new languages, she added Slovene to Portuguese, English and Italian. 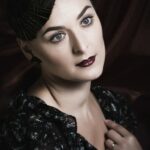 Blažka Müller is a lecturer for the Portuguese language at the Faculty of Arts, University of Ljubljana, teaching modern Portuguese and literature in this language. She has been a television presenter at the Television Slovenia and a moderator of various events. For many years she danced in the theater group Betontanc. She still works in theater, now as a playwright and dramaturgist. She is also a literary translator who has translated several works by Paul Coelho, Lídia Jorge, a novel Budapest by Chico Buarque and some Portuguese and Brazilian poetry. The main area of ​​her research is Portuguese and Spanish linguistics, and at the same time the contacts of these two languages ​​with Slovenian. As a lecturer at the Camões Institute in Lisbon, she co-designs and leads public cultural events related to Lusophony.

The Camp of Fallen Women

The novel Tábor padlých žien / The Camp for Fallen Women (1993) was one of the first satirical portrayals of socialist practices, but its success was guaranteed by the theme itself: the re-education of Bratislava’s prostitutes after February 1948 in the spirit of socialist morality in the Nováky labour camp, which was notorious from the period of World War II, when citizens of Jewish origin were collected there.  In 1997 the novel was filmed by the director Laco Halama and in 1998 it was presented at the Berlinale film festival. 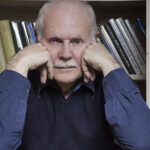 Anton Baláž was born in 1943 in Lehota pod Vtáčnikom. He studied journalism and pursued a career as an editor, he also worked in the Office of the President of the Slovak Republic. Anton Baláž is one of the foremost Slovak novelists but also writes film and TV scripts and radio plays.

He was awarded the Prize of the Union of Slovak Writers for the novel You Must Live Here, Premium of the Slovak Literary fund for the novels Dream of the Cellars, Shadows of the Past and Greenhouse Venus and Prizes from domestic and foreign festivals of radio plays. 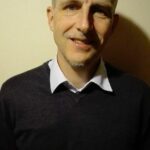 Jonathan Gresty (b. Peterborough, United Kingdom, 1965) holds degrees in English Literature (B.A., Durham University), Creative Writing (M.A. Manchester Metropolitan University) and Translation Studies (PhD., University of Prešov). He teaches courses in academic writing and translation studies at the Philosophical Faculty of the University of Prešov and also works as a translator and proofreader. He has published dozens of literary and non-literary translations from Slovak into English, and is particularly interested in working with contemporary writers. His hobbies include music (classical and popular) and running. 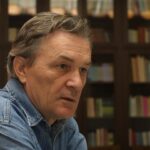 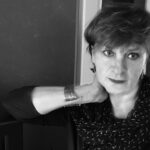 Ljubica Arsovska is a translator with more than 30 years of professional experience. Since 1996 she is a director and editor-in-chief of Kulturen Život quarterly and freelance translator and interpreter since 2007. She has translated numerous novels, poems, plays and essays from Macedonian into English, published at home and abroad, almost always with either Peggy Reid or Patricia Marsh Stefanovska. 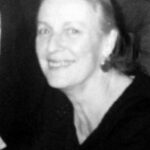 Margaret Peggy Reid worked as an English language lector at the Ss Cyril and Methodius University in Skopje since 1969. Among others she proofread a number of literary works – plays, poetry and novels. She was awarded the Struga Poetry Evenings Award for Translation into a Foreign Language. In 1994 she received the Macedonian Literary Translators’ Society Award; she also won the first prize at the Stratford-upon-Avon Poetry Festival, UK, twice for her own poetry and Queen Elizabeth II Certificate for services to Macedonian literature and culture.

Blašković creates four voices that blend into a veritable quartet singing about turn-of-the-millennium agony as they try to reconcile the iconographies of the past with those of the present. Set in a prison infirmary during the NATO bombing of Serbia, The Madonna’s Jewels is a post-modern compendium of political incorrectness. At times contemplative and wise, at times raucous, at times humorous, all four narrators, each justly imprisoned but for the wrong reasons, inspire the reader to reflect on the meaning of form in an increasingly formless world.

That world, presented here with all its constrictions and conflicts, individual and general, inner and outer, enables us not only to see and understand, but also to feel the depth of despair caused by the disintegrating processes at work in the former Yugoslavia. Creating an identity is never an easy task, especially when one’s lost identity was promising and suited many. That is probably why Blašković’s characters cannot escape their self-made prisons, nor do they want to. 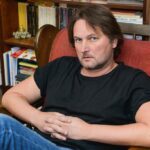 Laslo Blašković was born in Novi Sad in 1966. He graduated in Yugoslav literature and has worked as an editor, cultural researcher, and cultural manager in Vojvodina and Belgrade. He has published many poetry collections, novels, essays, and short story collections. All his works, particularly the novel The Madonna’s Jewels have been translated into many foreign languages, including Hungarian, Bulgarian, Slovakian, Slovenian, Ukrainian, Polish, German, French and English.

He has won many prestigious awards: the award of the Serbian Academy of Science and Art from the Branko Ćopić Foundation for the best Serbian novel (2005), the Stevan Sremac Award for the best book of stories/novel (2007) and the literary scholarship of the “Borislav Pekić” Foundation for the project of the novel Madonin nakit/The Madonna’s Jewels (2001). 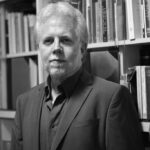 Randall A. Major [MJ1] (b. San Antonio, Texas, 1959) holds degrees in Classical Languages and Religion (B.A., Baylor University), Theology (B.D., Baptist Theological Seminary, Rueschlikon, Switzerland) and Applied Linguistics (M.A., University of Novi Sad). He teaches courses in translation studies at the University of Novi Sad at the Faculty of Humanities. He is also one of the editors and translators of the Serbian Prose in Translation series, produced by Geopoetika Publishing. He has published dozens of literary translations from Serbian into English. His hobbies include music (folk, blues, rock) and amateur photography.

The Last Temptation of Sergij

The Last Temptation of Sergij (Zadnja Sergijeva skušnjava) is a novel of transition about the period after Slovenia gained its independence in 1991.

The main protagonist of the novel, young journalist Jošt Rowenski, wants to write a biography of Sergij Tramar, a middle aged intellectual, one of the main characters of Slovenian opposition in 70s and 80s and one of the group that created spiritual and intellectual atmosphere that enabled social changes which meant break with the former country and one-party system. Against all expectations the story of a heroic protagonist becomes a story of pathetic crash of ideals. 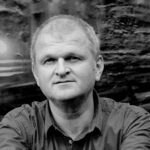 Jani Virk (Slovenia) was born in 1962 in Ljubljana. He studied the German language and comparative literature and graduated in 1987. By 2014, he had completed a doctoral dissertation on the middle age in contemporary literature and film.

He was awarded several prizes at home and abroad, among others the Prešeren Foundation Award. One of his short stories, The Village Teacher, was filmed at the beginning of 90s. Virk’s novels are translated and published in Austria, Germany, Mexico, Serbia, Poland and Croatia; his works were also published in magazines in many other countries, 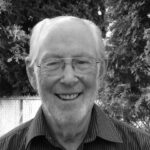 Tom Priestly was born in Uganda in 1937, raised in England, and has lived in Canada since 1966. He studied at Cambridge (MA, 1965) and Simon Fraser University, BC (PhD, 1972). He is Professor Emeritus of Russian Language and Slavic Linguistics at the University of Alberta. His special research interest is Slovenian sociolinguistics; he has worked in Sele, a Slovenian-minority village in Austria, since 1978. He has published over 90 research articles. He has been translating Slovenian literature since 1989, most notably the poetry of France Balantič, Maja Haderlap, Kajetan Kovič, Cvetka Lipuš and (with Henry R. Cooper) of France Prešeren.