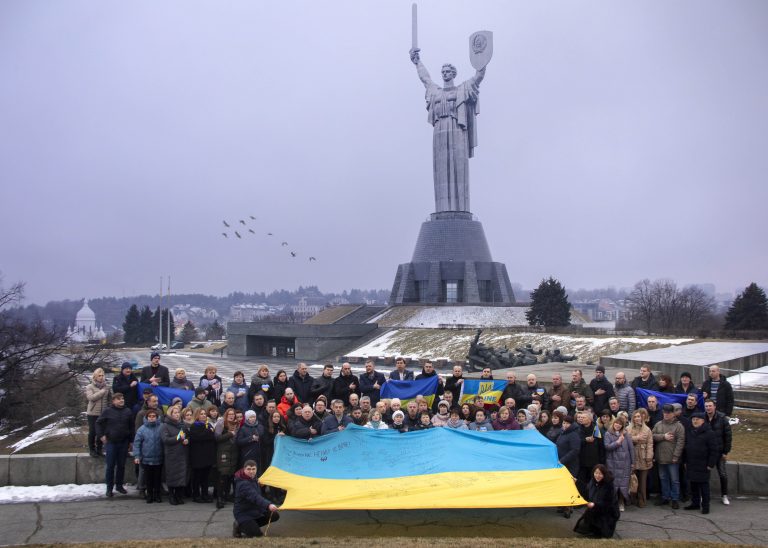 On the February 18, 2022 one of the last pictures of the National Museum of the History of Ukraine in the Second World War team in the peaceful time was taken. Gathered under the Ukrainian flag they demonstrated their solidarity in the face of the war danger. Probably, no one imagined what would follow the threats from the Russian Federation.

The photo seems very symbolic these days. The Museum did not stop working after the beginning of the invasion. They needed to evacuate the part of our collection due to the danger. And almost instantly they started to collect the artifacts and the evidence of the current war, as their mission is to document the war and to save the historical memory of it. In particular, the researchers of the Museum performed number of trips to the liberated areas of the Kyiv region, where the destruction and human tragedies are everywhere.

Now, new projects are being prepared for the Ukrainian audience and for the societies of the other countries to spread the information about the Russian invasion and its horrible consequences.